Olivia Landry's research broadly spans film and media and theater and performance studies. Her first book, Movement and Performance in Berlin School Cinema, published as part of the series New Directions in National Cinemas with Indiana University Press, explores the contemporary film movement the Berlin School through a recalibration of the body, movement, spectacle, sensation, and spectatorship in cinema. Olivia's second book, Theatre of Anger: Radical Transnational Performance in Contemporary Berlin (University of Toronto Press), examines contemporary transnational theater in Berlin through the affective-political scope of anger as an attributed and justified affect that responds to social injustice. This book presents a return to political theater and a rethinking of the novel ways in which art and resistance intersect. Olivia's third book investigates how documentary film can challenge conventions of listening and recording shaped by histories of colonial ethnography and extraction. A Decolonizing Ear: Documentary Film Disrupts the Archive is forthcoming with University of Toronto Press.

Olivia completed her Ph.D. at Indiana University in 2014. From 2014 to 2016, she was a Kenneth P. Dietrich School of Arts and Sciences postdoctoral fellow at the University of Pittsburgh. After that, Olivia spent a year at Stanford University as the William H. Bonsall Acting Assistant Professor of German. Her research has been supported by grants from SSHRCC, DAAD, and the Humboldt Foundation. 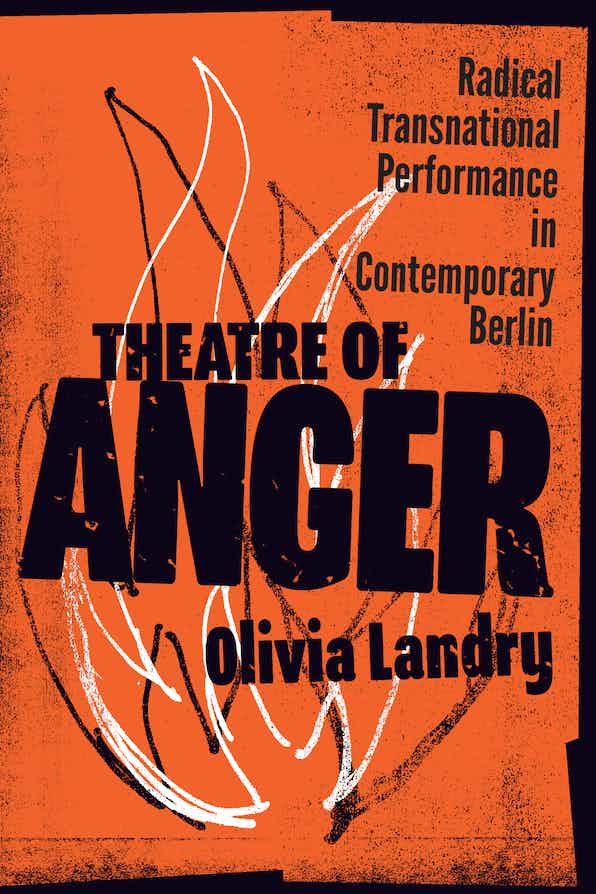 "A Gendered Suspension of Time: Waiting in the Cinema of Angela Schanelec," in Between Ambivalence and Ambition: The Politics of (Post)Feminist Film Practice in Twenty-first Century German Cinema, special issue of Feminist German Studies Yearbook, ed. Angelica Fenner and Barbara Mennel (University of Nebraska Press, forthcoming 2022).

"Clowns in Exile: Hamletmachine and the (In)human," in Germany from Outside: Rethinking Cultural History in the Age of Displacement, ed. Laurie Ruth Johnson (Bloomsbury, forthcoming 2022).

"Crisis of Cinema/Cinema of Crisis: The Car Crash and the Berlin School," in Cinema of Crisis: Film in Contemporary Europe, eds. Thomas Austin and Angelos Koutsourakis (Edinburgh University Press, 2020): 105–118.

"Greek Dispossession Staged, or When Street Politics Meets the Theater," TRANSIT: A Journal of Travel, Migration and Multiculturalism in the German-speaking World 10:2 (online, 2016).