As the official language of 21 countries and the third most widely spoken language in the world, Spanish provides access to a variety of peoples and cultures with a rich historical, cultural, and literary tradition. It is also the language of over 10 million people in the United States, currently home to the world’s fourth largest Spanish-speaking population.
The Spanish curriculum at Lehigh ranges from beginning language through upper-level courses spanning the literatures and cultures of the Iberian Peninsula, Spanish-speaking Latin America, and Latino populations in the United States. Both a minor and major in Spanish are offered. Many courses in the Spanish program are also appropriate towards the Latin American Studies minor.
For more information about the Spanish minor and major please contact Professor Antonio Prieto . 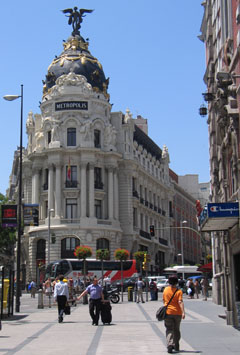 Core courses: 12 credits
Span 141. Advanced Spanish Grammar (4 credits)
Span 151. The Cultural Evolution of Spain (4 credits)
Span 152. The Cultural Evolution of Latin America (4 credits)
Advanced course work: 12 credits, or three courses at the
300 level.
Electives: 8 credits at the 100 or 200 level
Collateral requisites
6-8 credits from a list of approved courses taken in other
programs and departments.
These courses must be approved by the Spanish major
adviser.

Majors in Spanish and Hispanic Studies are strongly encouraged to participate in a study program in a Spanish-speaking country for the equivalent of one semester or more. Up to 12 credits for courses taken during one semester abroad (16 credits during one year) may count toward the major. In order to have credits from foreign institutions count toward their major, students must obtain approval from the Spanish major adviser prior to their departure.

Requirements for the Departmental Honors Major (40 credits)
Requirements as for the major, plus 8 additional hours of advanced literature (honors thesis of a comprehensive type) and maintenance of a 3.20 average in the major.

Study Abroad
Study abroad requires prior consultation of Advisor, Associate Dean, and Registrar to make sure that courses and credits earned are transferable to Lehigh. Where appropriate, Financial Aid should also be consulted. Program listings and scholarship application forms may be consulted in the MLL office. A maximum of 16 credits may be transferred toward the ordinary major and 24 toward the honors major for a year abroad, 12 credits for a semester.