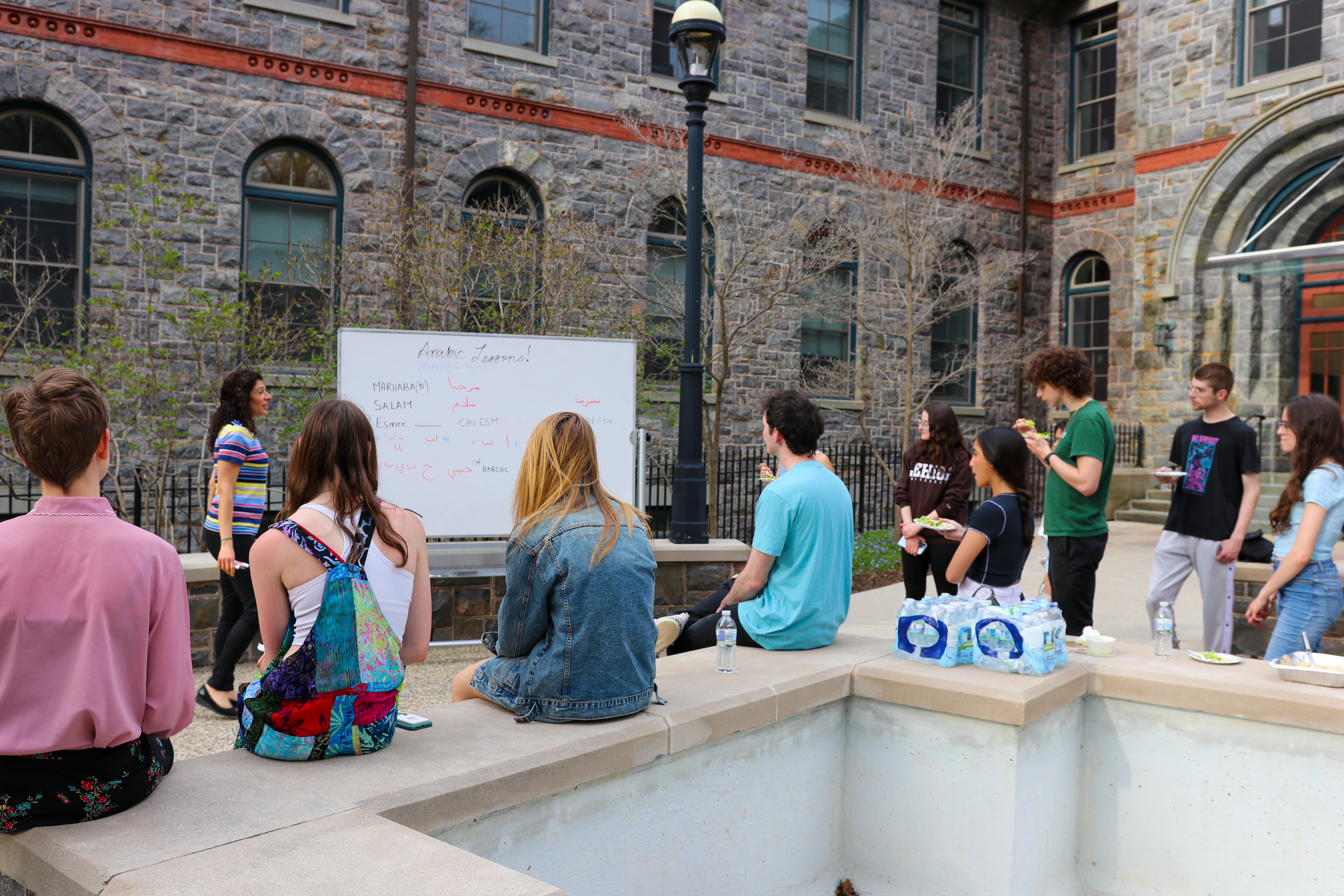 One of the Department of Modern Languages and Literature's instructors took the time to teach others some beginning marks to learning Arabic! Nada Hamouch is captured in this inspiring picture, growing the minds of our Mountain Hawks!

One of the Lehigh Mountain Hawks, Nicholas Masri is the most recent recipient of the Citical Language Scholarship to study Chinese! Due to the pandemic, last year, winner Nicholas Masri was unable to attend a study-abroad experiece. Masri reapplied this year against an entirely new pool of applicants, and has continued to win through perseverance, determination, aand most likey lots of studying. This spotlight is to show the power of a Mountain Hawk. Way to go Nicholas!

You can see his name on the link by clickinging here: https://global.lehigh.edu/fellowship-advising/scholarship-recipients 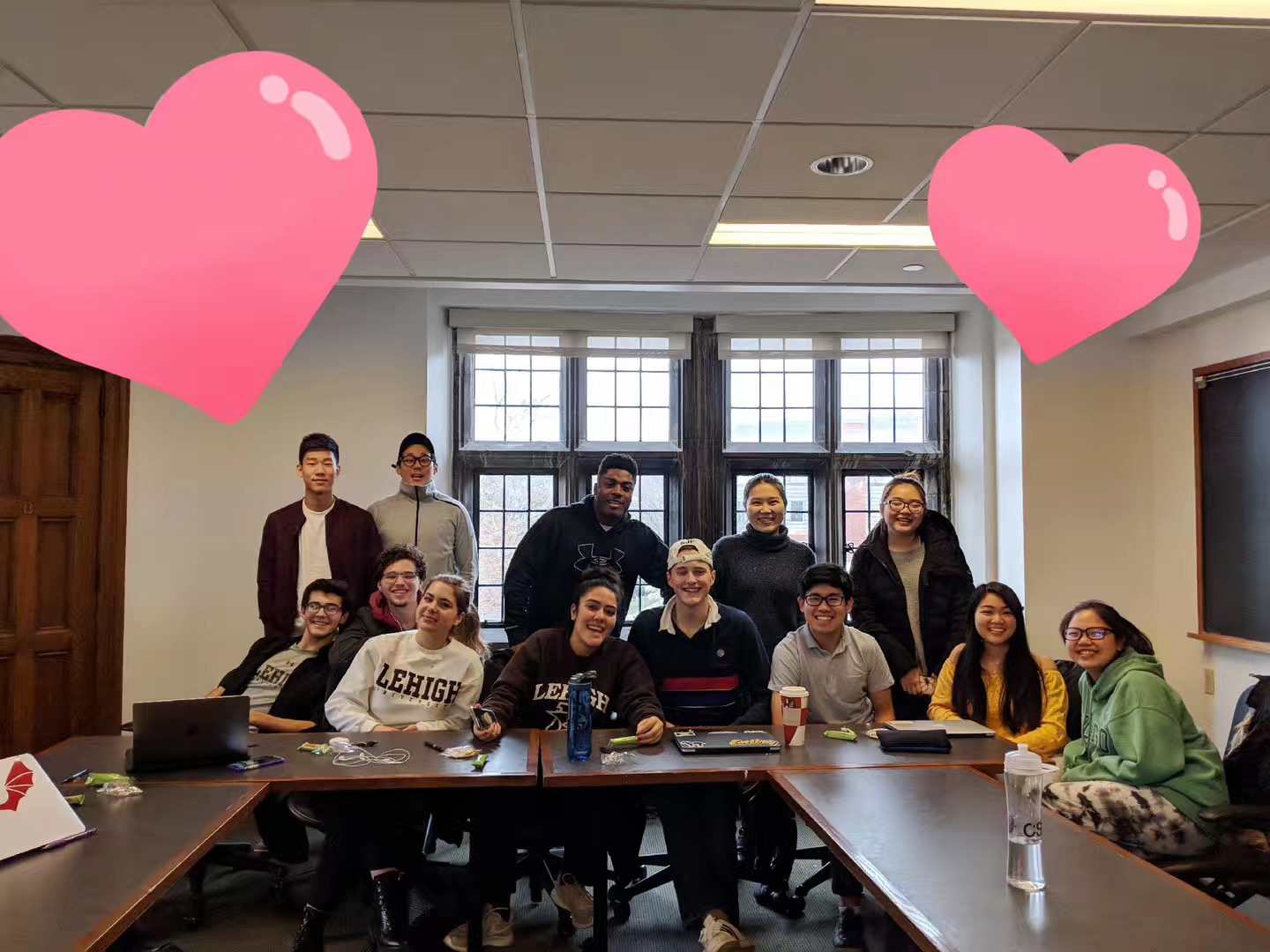 Welcome Back Modern Languages and Literatures 2021 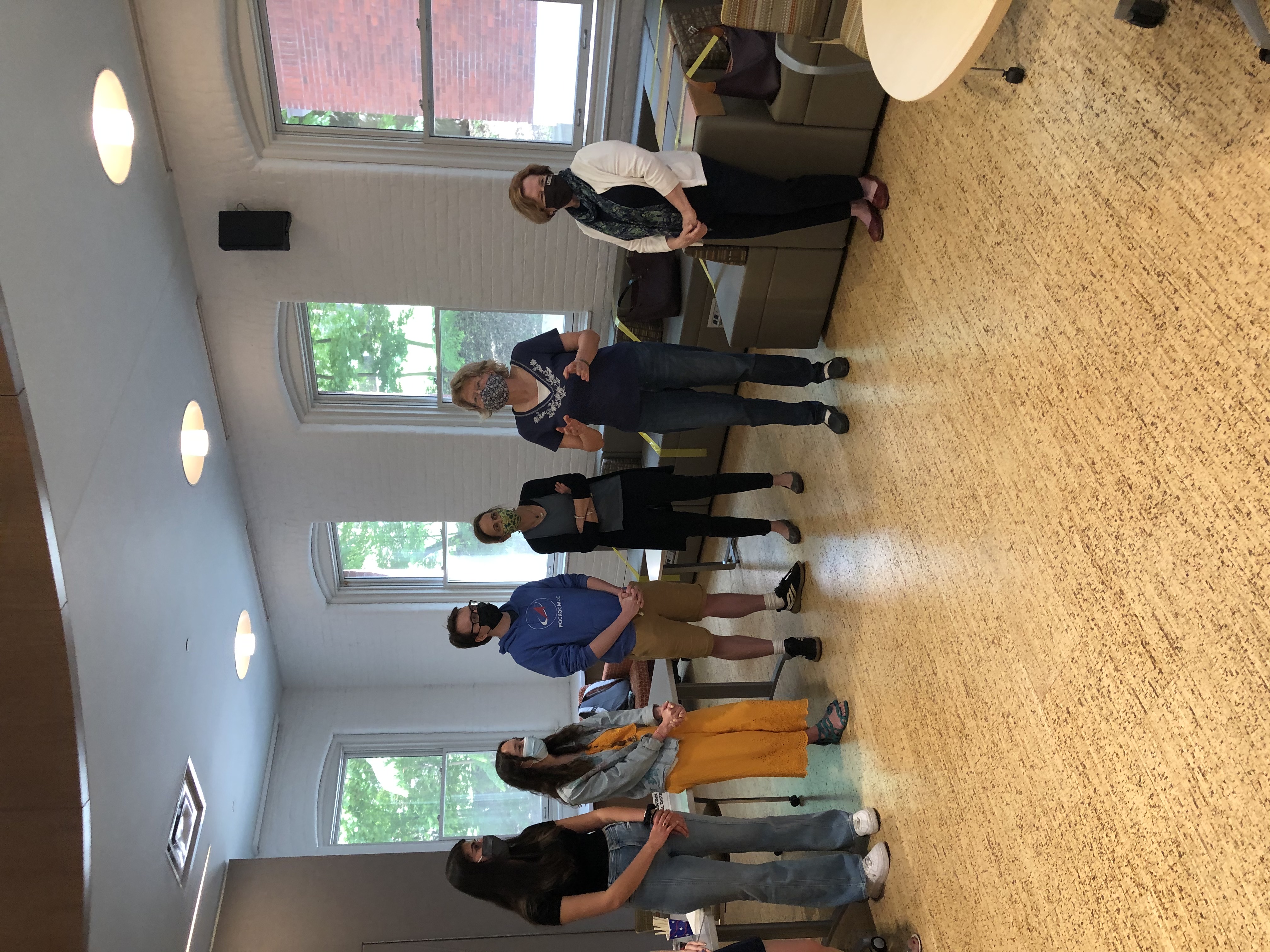 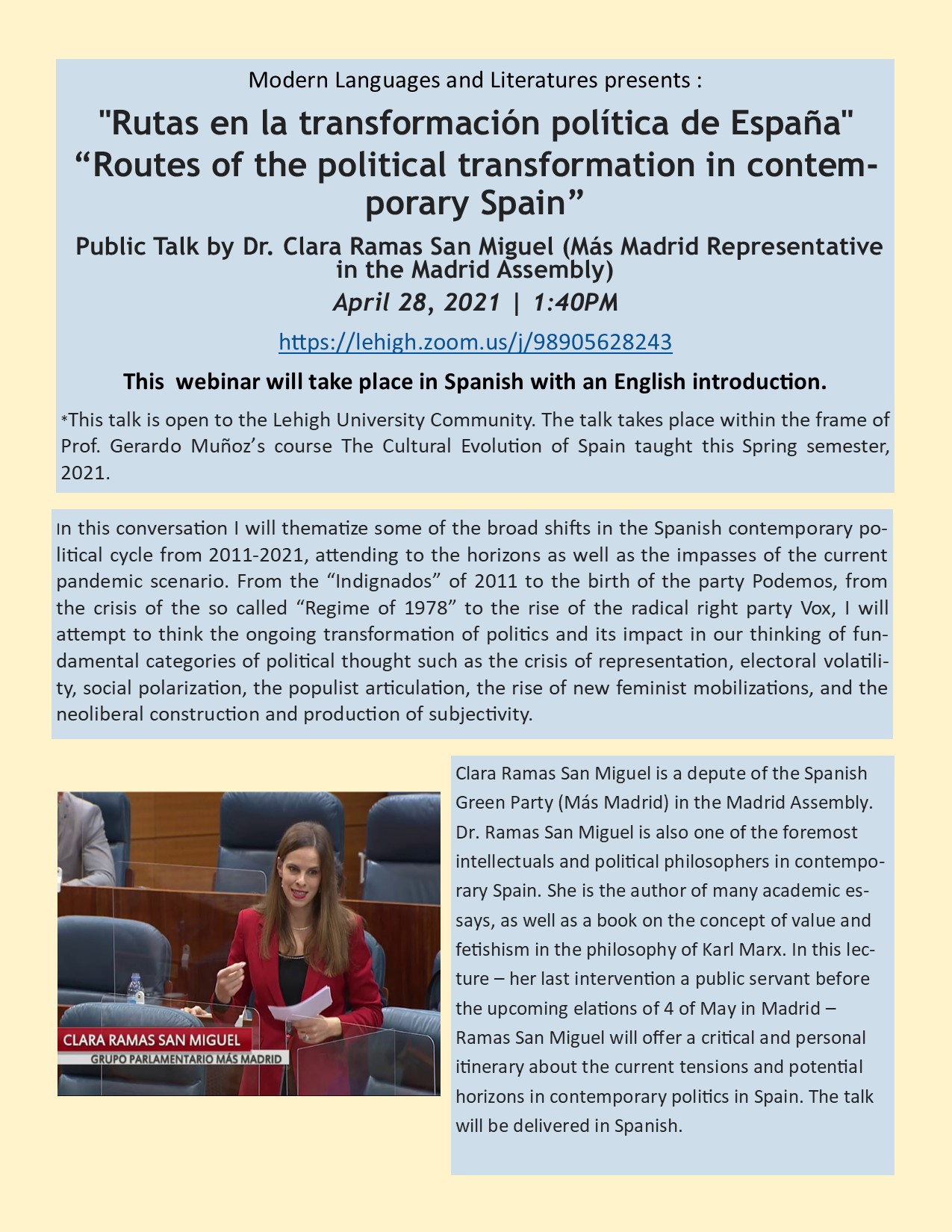 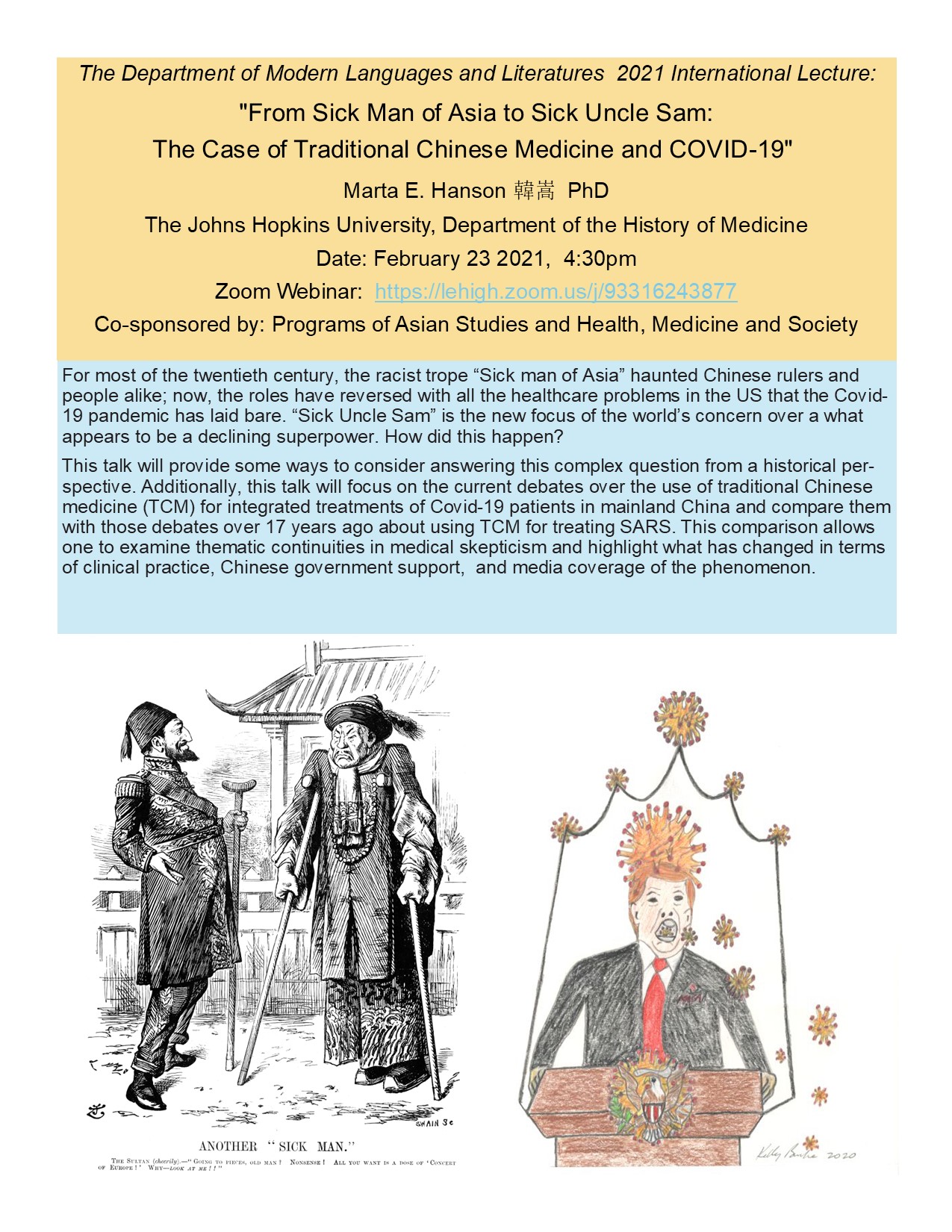 Co-sponsored by: Programs of Asian Studies and Health, Medicine and Society 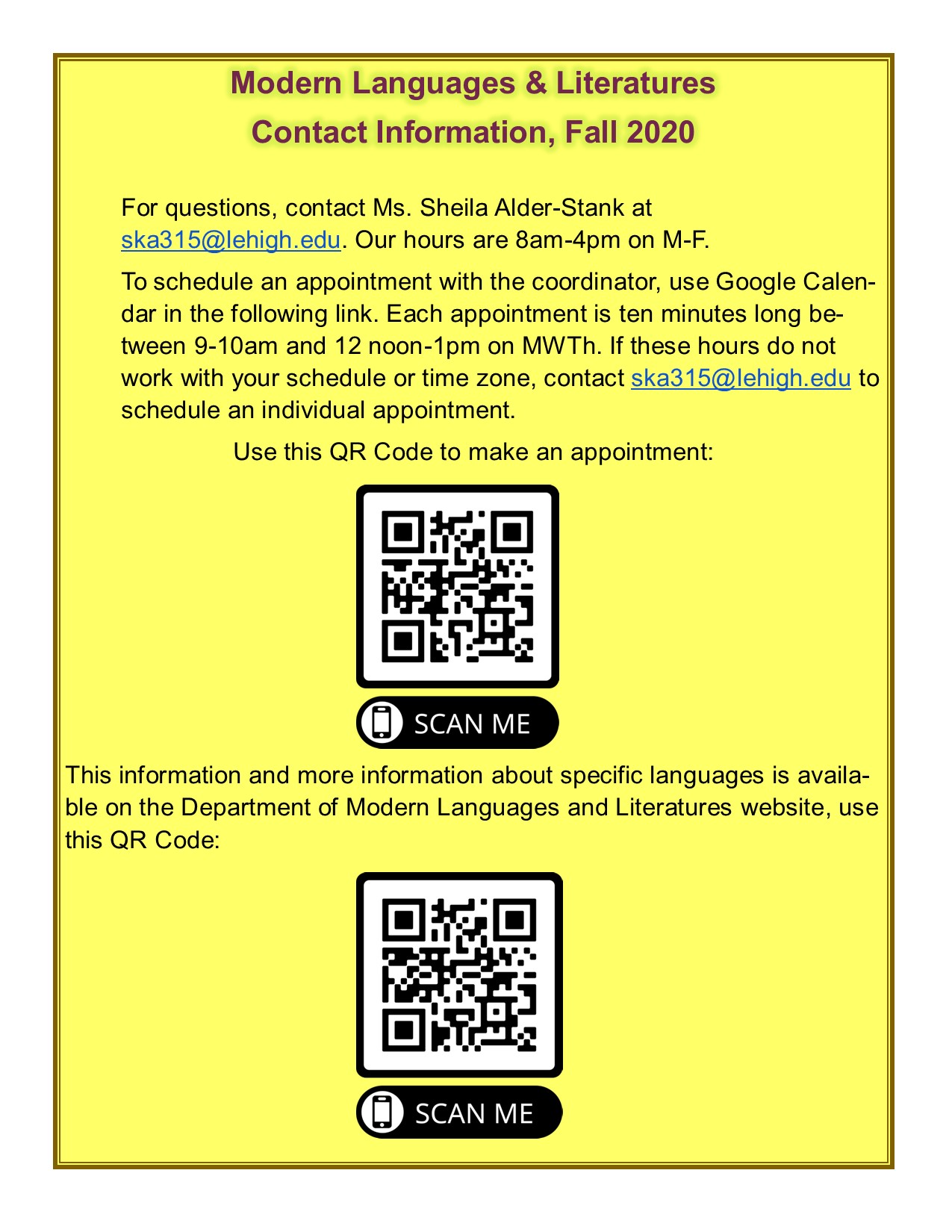 The department of Modern Languages and Literatures would like to congratulate the following graduating seniors!

Again, congratulations graduates, from the faculty and staff of the Department of Modern Languages and Literatures.  Good luck and best wishes on all of your future endeavors. 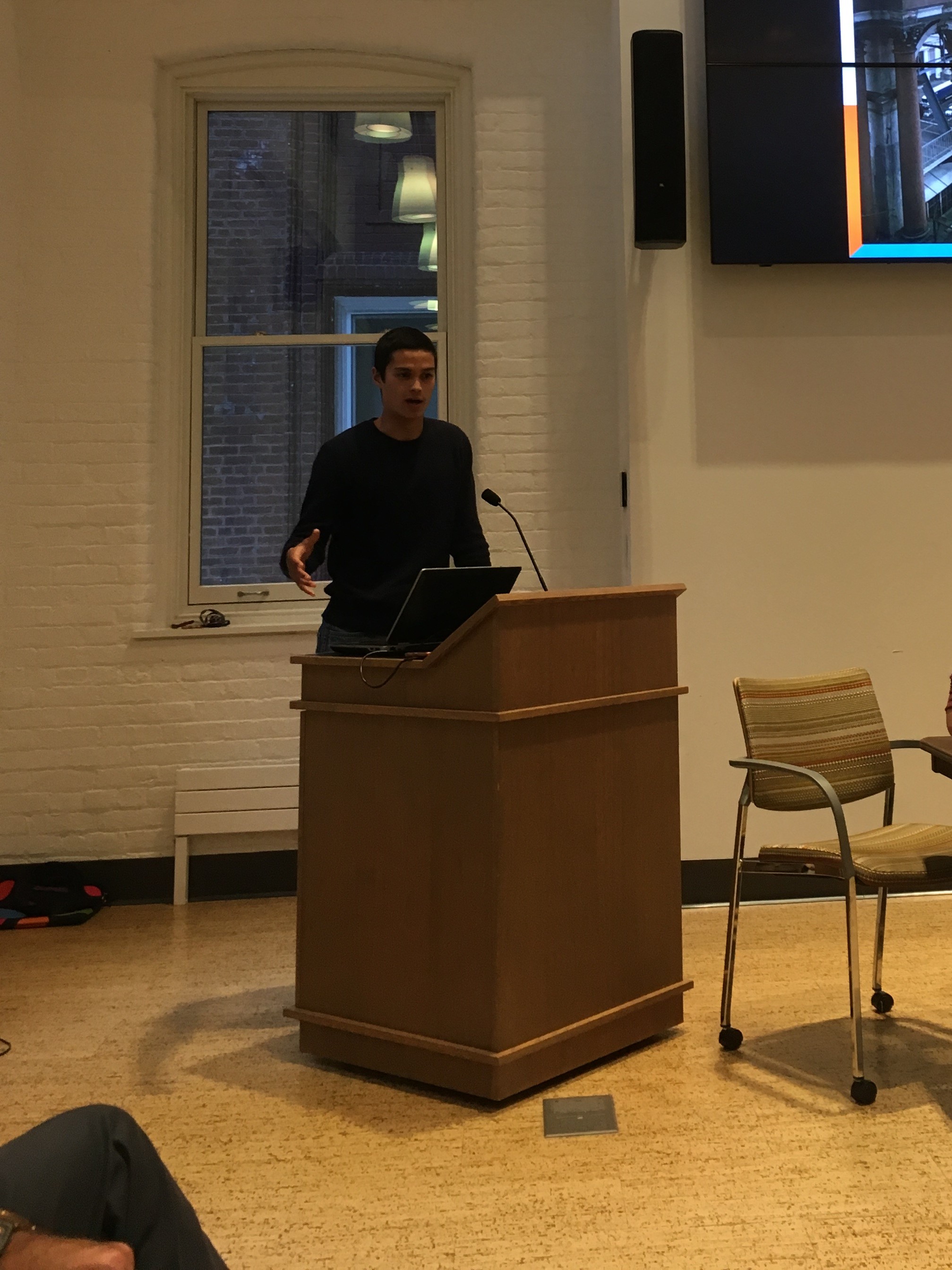 The Russian Experience - Evan Berke
Evan Berke is a junior in the business school majoring in Business and Accounting.
His interest in the Russian language and culture began when he was 10-years-old.
“I remember watching hockey on TV with my family and thinking that the Russian players’
names were very interesting. Hearing their names being spoken led to me falling down a rabbit
hole of discovering the language and culture.”
Evan did not have an opportunity to take Russian language courses when he was a child, but as
soon as he came to Lehigh, he jumped on the opportunity. Under the guidance of Professor
Mary Nicholas (Lehigh’s Russian professor), he registered for two beginning Russian courses.
Learning Russian blossomed from a simple interest to a hobby he enjoyed. He took the initiative
to do more than going to class, but also taking advantage of Professor Nicholas’ office hours
and going to Russian event on campus whenever the opportunity arose. To the surprise of both
Evan and Professor Nicholas’, he reached intermediate fluency after a year of taking classes.
According to Professor Nicholas, “He has completely enriched himself in the Russian culture
and language, even though he is in America.”
Evan eventually became eager to become fully immersed in the Russian language and culture,
so he began looking for study abroad programs. Professor Nicholas recommended the
Overseas Professional and Intercultural Training program to Evan, and he applied with no
hesitation. The OPIT is a program that helps students “gain substantive professional experience
through internships in business, STEM, and social issues in 20 countries throughout the
Balkans, the Baltics, and Eurasia.”
Evan was accepted into the program and ended up working in Moscow with an organization
called HapDay Group. HapDay Group focuses on helping Russian entrepreneurs break into the
American market.
This was his first time living in a country where English was not the predominant language. His
experience in Moscow helped propel his language skills and learn to “see the world through the
eyes of a Russian.”
Evan’s professional aspiration is to do business across Russia and Asia, and continuing to work
with individuals from HapDay Group after graduating.
Evan recommends all students, across all colleges, should try to learn a foreign language. “The
world is becoming more interconnected every day. If you want to do business outside of the
United States, hiring a translator will only get you so far.”
Not only are there a plethora of scholarships and opportunities for undergraduate students to
take their education and professional aspirations overseas, but there are also similar programs
for scholars and professionals all over the world to undergo “international graduate study,
advanced research, and university teaching worldwide.” One of these programs is the Fullbright
Program, one of the largest international exchange programs offered by the U.S. Department of
State.