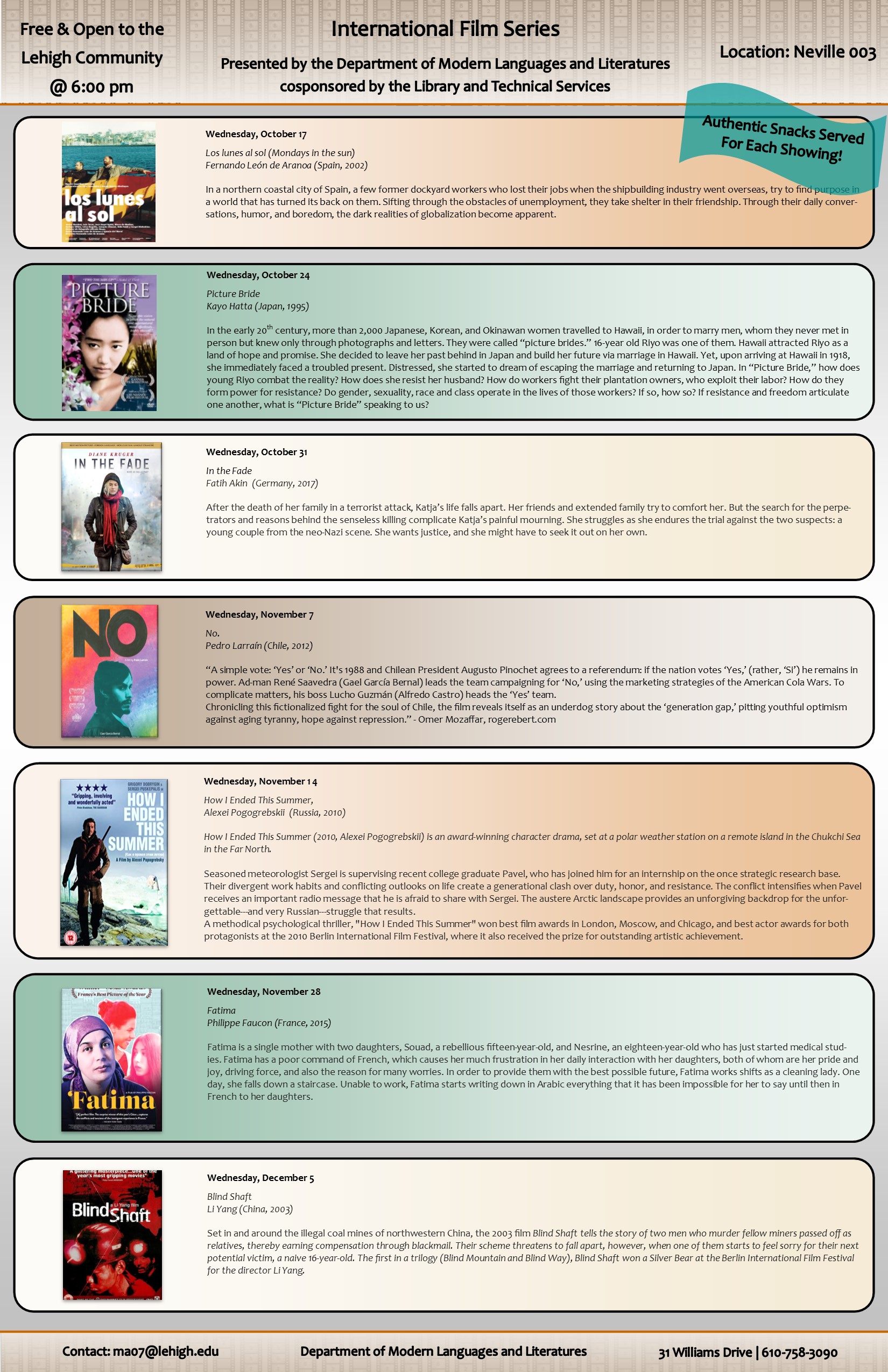 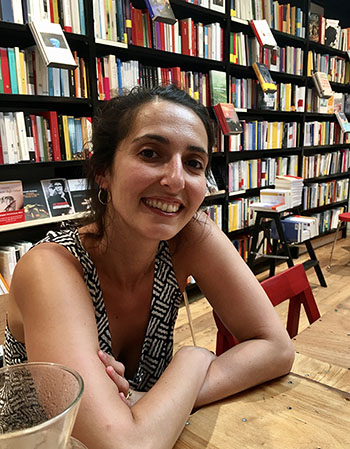 Spanish major and MLL work study student, Kim Mejia sat down with our new German professor, Dr. Olivia Landry to learn more about her and what brought her to Lehigh.  Here is her interview:

Q: Tell us about any research or projects that you’re currently working on?

A: Well, my research focuses on contemporary culture, film, and theatre in Germany and specifically in Berlin. So, I’ve just finished a book project on the contemporary film movement, the Berlin School, which looks at film, more like arthouse films, from the mid-90s to the present. My current project focuses on transnational theatre which started in Berlin in the mid-2000s, from 2006 to 2008. It has since then expanded. I’m also very interested in gender/sexuality studies, it informs a lot of my research, also transnational approaches – so Turkish German specifically, but also Black German studies. I’m interested in questions of mediality as well. Also, film as well as new media, video, streaming, digital film vs. 35 mm. Questions about what is happening as we become a more and more mediatized culture get my attention. I’m interested in a wide range of topics, but generally speaking with a focus on contemporary culture and cultural production.

Q: What classes do you teach (levels, descriptions) this semester and next spring?

A: Well, currently I’m teaching Intermediate German. We have a textbook but I also integrate materials as much as possible from contemporary culture such as video, for example, German lifestyle, a video campaign started by three Syrian refugees living in Germany with kind of mostly funny scenarios about cultural and linguistic experiences in Germany. So, bringing in materials like that as well as film. We are going to watch a film later on in the semester and things like that.

I’ll also be teaching a course on transnational Germany which will look at, primarily, the period or at least start in the post-war period when labor migrants when to East and West Germany to work because of course after the war there wasn’t a lot of so-called “man-power” and they needed manual laborers to rebuild the country. So what happened, was that starting in the mid-50s until the early-70s, Germany employed a lot laborers from other countries predominantly from Turkey. We would look at that trajectory from the mid-50s until the current situation with the large number of refugees and asylum-seekers in Germany.

Q: What is the most important thing you want students to know in and out of the courses?

A: Hopefully, for example, Transnational Germany would encourage students to think about Germany in a broader context. Also, bringing these questions back to ‘how it is relevant to me as a global citizen not just as a person?’ ‘what can I do politically, socially to maybe help or to become more involved?’. These are questions that I like to at least encourage students to think about. Generally speaking, I think that we have, especially coming from German studies, we have certain ideas, stereotypes, clichés, and threadbare ideas about what German culture, German language, German literature, German film, etc. is about. If anything, I want students to also realize that it’s much more than Octoberfest and soccer. It’s much more than what we think about Germany and I think we tend not to recognize how transnational German culture and has become especially in the last half-century. We tend to also focus a lot of attention on the early part of the 20th century, the world wars and Germany’s involvement in the world wars, which of course one cannot forget and has to be aware of. But, I feel like we also need to pay attention to what else has been happening in Germany since that period. Also, how that period has changed the latter half of the 20th century and the early 21st century. So, how German culture is relevant today.

Q: Tell us how you became interested in German language/culture?

A: I was always interested in languages and I went to McGill for undergrad thinking that I would definitely do something with languages. I thought something like maybe Linguistics but I wasn’t sure. I started to take German classes and I really liked the program, the department. It just fit and so I stayed with it. It is not an exciting story, but it also made me realize how important it is and how formative those first couple of years of university are in terms of really shaping your path in life. I ended up doing a degree in German, then a Masters, and then a Ph.D.

Q: How do you like Lehigh’s campus and students?

A: Lehigh is fantastic. This is the fifth university that I’ve taught at but I can’t say enough good things about Lehigh. It’s a lovely campus: the buildings are beautiful, the whole area is very beautiful, plus it is smaller which I appreciate. It’s fantastic because if you have a meeting in another building, you don’t have to walk too far. The students that I’ve encountered have also been fantastic, keen, very professional in terms of knowing what they want to do and what kind of work they need to do, very enthusiastic, and willing and wanting to learn. It’s all really exciting. Of course, my colleagues have been great as well. It’s been a great two weeks so far and I look forward to many more years.